Højgården on Sejrø is a very rare example of a building style unique to the region - a local variant of half-timbering known as “sidebåndsbindingsværk” - which was dominant in western Zealand up until the twentieth century. This special half-timbering technique is the oldest of its type in Denmark and has its origins as far back as the Viking Age.

Højgården (known locally as Høwen) dates from 1873 and is a rare, well-preserved example of a unique local half-timbered building style: sidebåndsbindingsværk. When Realdania By & Byg took ownership of the farm in 2018, it had been unoccupied for 30 years and was in a significant state of disrepair. Since completion of restoration of the quadrangular farm in summer 2020 has been let as a holiday home.

A time capsule from the past?

As part of the restoration, the outer walls of the property were built up using precisely the same techniques used in 1873. The chequer-work is made up of a mixture of clay, straw and organic buttermilk.

The recipe came courtesy of the National Museum of Denmark, which recommended the use of organic buttermilk. The milk helps to bind the clay. An old building trick used when Højgården was originally built. Back then, builders mixed whey into the clay soil, but today whey is almost impossible to source in Denmark, given that the country’s entire whey production is exported. Buttermilk is much easier to get hold of, and produces practically the same result.

The farmhouse is situated on the southern wing of the property and contains a servants’ quarters, dining room and parlour along with a series of smaller rooms. The barn lies on the western wing of the building, with the stables and cowshed on the northern and eastern wings, and the gateway into the courtyard is also on the eastern wing. The plan is to convert part of the barn into a bedroom.

The working elements of the farm surrounding the wings of the main building – orchard, cattle pen and other farm buildings – have been preserved, and in the garden large, well-preserved trees grow alongside a small lake, while the original demarcations around the orchard, cattle pen etc. are marked out with a stone kerb.

All four wings of the building have once again been thatched. The roof was thatched using local building techniques with reeds, eelgrass and oak bracing. 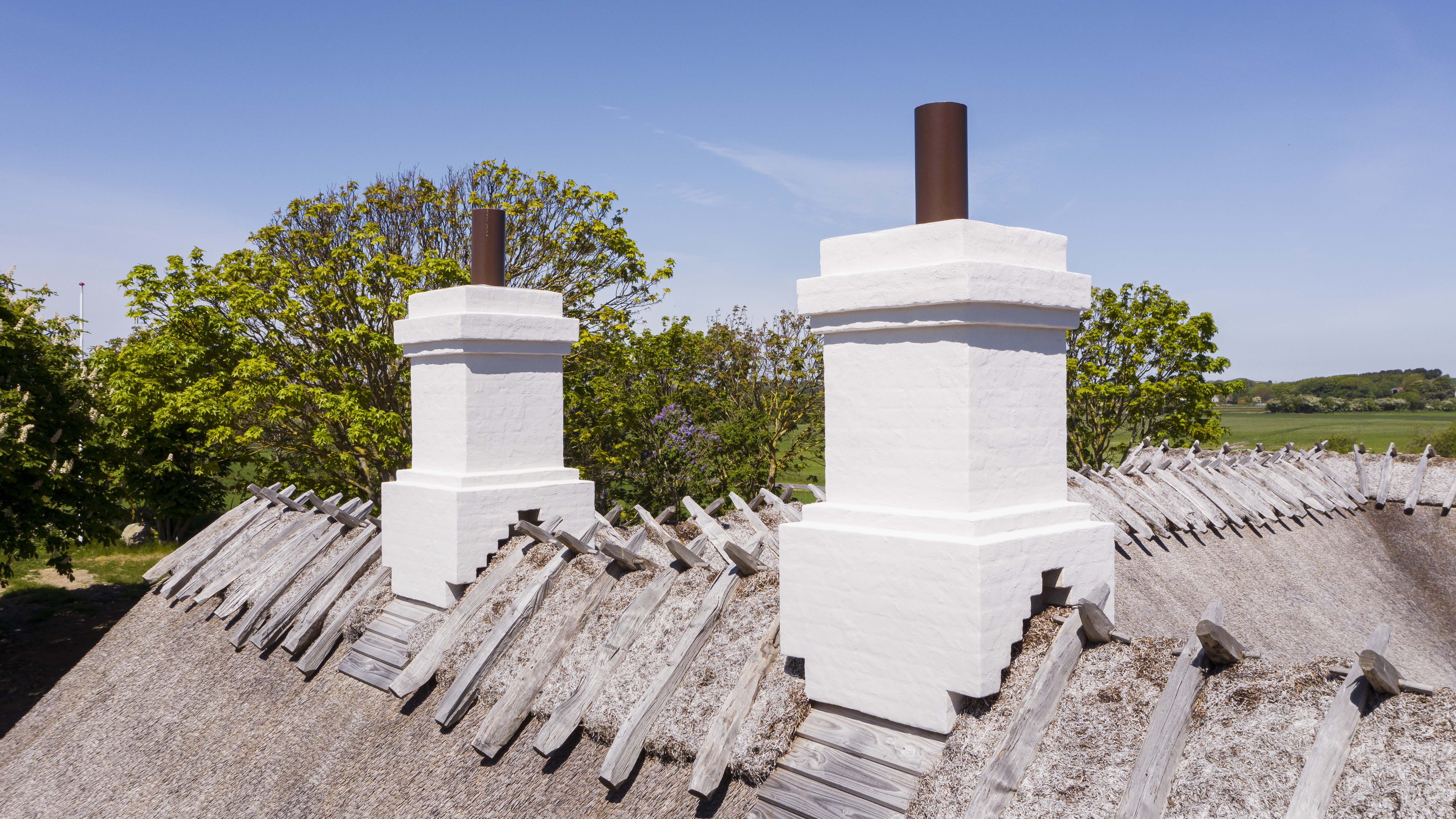