Kay Fisker's own flat in Vestersøhus

The Vestersøhus apartment building by architects Kay Fisker and C.F. Møllers was built in 1936 and is an example of Danish modernist housing at its best. Kay Fisker designed flat no. 78 for himself and, like the property as a whole, it reflects the architect’s work and is an excellent example of Kay Fisker’s concept of “the functional tradition”.

Architect Kay Fisker’s own flat on the top floor of the Vestersøhus building is situated along the lake called Sankt Jørgens Sø on the boundary between Copenhagen and Frederiksberg. The flat is in the oldest part of the Vestersøhus complex built in 1935-36.

Vestersøhus became the architype for contemporary and later blocks of flats. The building is considered as one of the major works from Fisker’s not inconsiderable portfolio, and it is a perfect manifestation of how Fisker interpreted the concept of the functional tradition. Fisker planned to move into one of the flats from the start of the project. Therefore, the flat was designed to meet his personal needs, including a studio in the corner turret.

Vestersøhus is an important piece of architecture from the golden age of Danish modernism. The facade is composed of vertical, brickwork sections with window bays combined with projecting horizontal bands of balconies, which strike a regular rhythm that reverberates in both contemporary and later multi-storey buildings. The upper flats in the building have twice as many balconies. The long, white balconies resemble a classical cornice that tops off the building under the roof. On the corner, where Aester Søgade meets Gyldenløvesgade, a turret takes the place of the facade brickwork sections. The corner turret is an example of Fisker’s genius that successfully transitions the change of the character of the building between the facade along Vester Søgade and the facade along Gyldenløvesgade.

Not only in style, but also in the fixtures and furnishing, Vestersøhus embodies the functionalistic intentions of good housing that were prevalent at that time. Flats in Vestersøhus had sanitation, radiators, large windows and at least one balcony. Vestersøhus was a contemporary symbol of the modern and the belief in a better future with healthy homes; a place where Kay Fisker himself wanted to live. Fisker’s own flat was at the top of the building and was incorporated into the design from the start. The flat was furnished with a marble fireplace and elegant joinery solutions. It was the only flat with access to the upper floor on which Fisker had his studio.

Kay Fisker eventually personified the concept of the functional tradition - as does Vestersøhus. The red bricks, the saddle roof and the cornice motif formed by the balconies link to well-known Danish building traditions. Whereas the lack of ornamentation and decoration, the sanitary fittings, and the well-established balcony-bay-window motif reflect architectural endeavours to design a building based on functional needs.

Realdania By & Byg purchased the flat to secure its architectural qualities and narrative about a style, a time, and an architect from the treasure chest of Danish building heritage. After restoration, the flat will be let as a private dwelling. 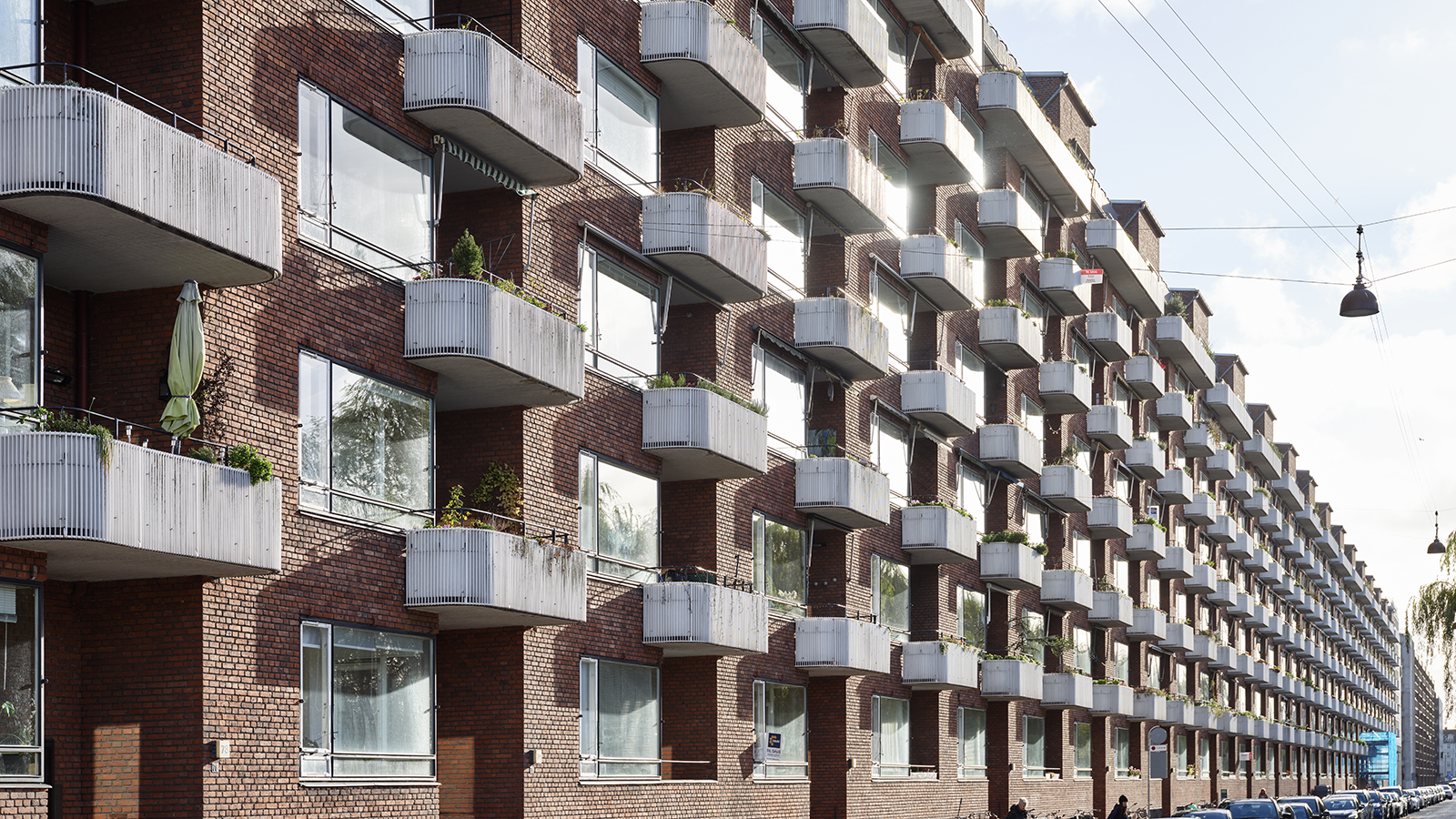