How do you go about transforming a former, somewhat polluted harbour and urban area into a modern, sustainable neighbourhood where people can live and enjoy life? This is the outset behind Realdania By & Byg's involvement in the Køge Kyst urban development project, which Realdania By & Byg launched in 2009 in partnership with Køge Municipality. 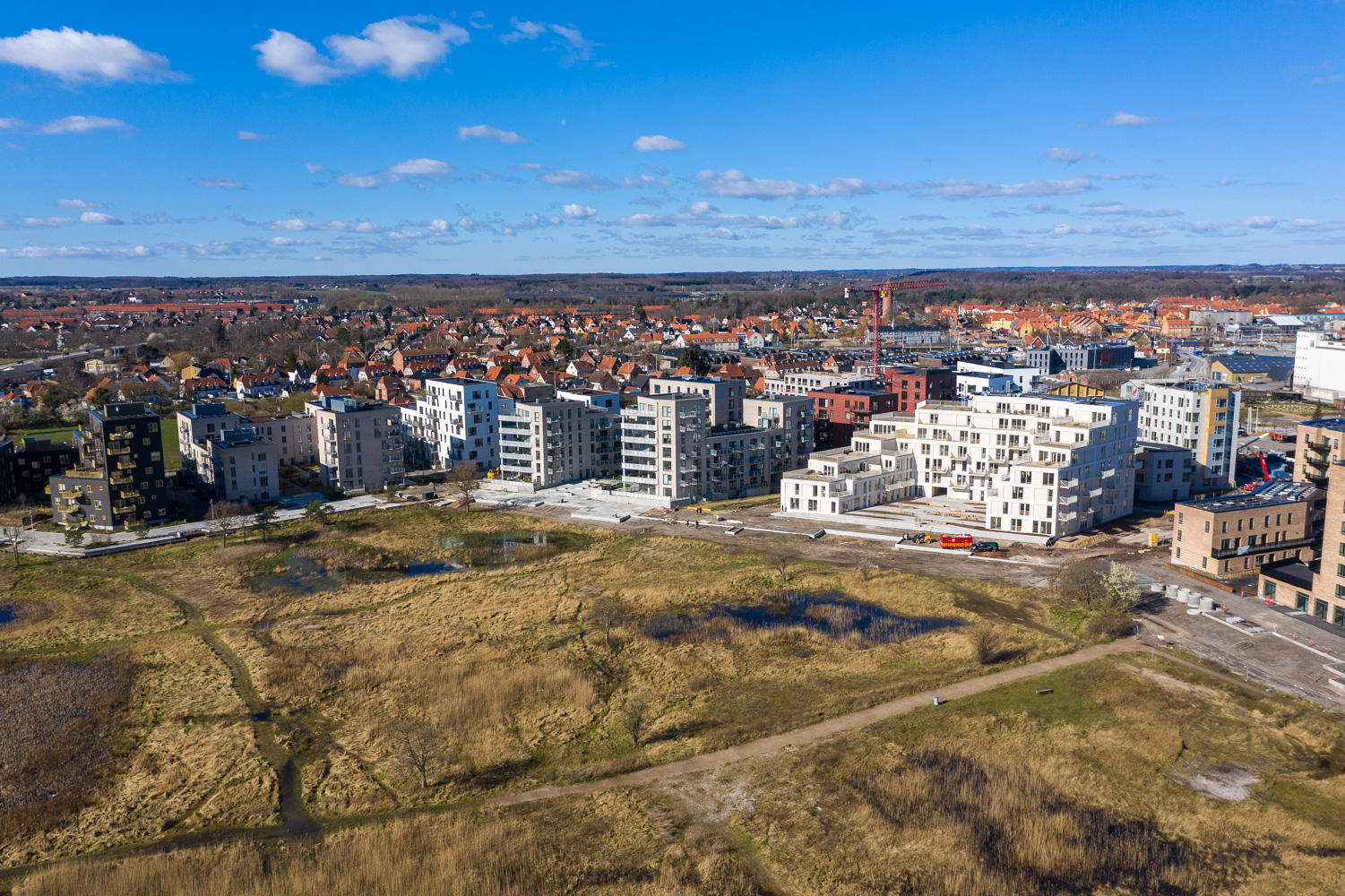 A transformation of former harbour and industrial areas is underway all over Denmark in coastal towns where industry once played a central role. Provided you go about it the right way, such a transformation is an opportunity to breathe new life into a town in a sustainable manner, and turn it into a more lively and attractive place for the people who live in it or make use of it.

In embarking on the Køge Kyst project, Realdania By & Byg's ambition, together with its partner in the project, Køge Municipality, was to demonstrate how this challenge can be tackled by developing three areas of the city (the South Harbour, the station district and the Collstrop site), and building a new infrastructure which sweeps aside historic barriers such as the railway and other relics of the city's industrial heyday.

Over a period of 20-25 years, the new urban neighbourhood will form a link between Køge's existing town centre and the city's waterfront. New homes and urban spaces will open up to diversity, life and activity in this new district, which will also be home to a lively shopping, business and cultural milieu.

South Harbour, the station district and the Collstrop site

The centrally located area of the South Harbour is currently seeing a gradual exodus of industrial operations from their former premises in the area to a new and larger modern commercial port north of the town centre. At the same time, the old harbour is being transformed into a diverse residential area. Residents have now moved into the first nine residential blocks to be built, while several others are well on their way to completion.

In the area around Køge station a completely new shopping district has been created which, with its winding street of shops, offers an alternative to the ubiquitous shopping centre. The new development has been carefully integrated with the town's historic high streets, while the buildings themselves have been constructed to a height very close to that of its existing skyline.

In time, the Collstrop site will be developed into a modern business district which will also include homes, shops etc.

In addition to the development of these three areas, Køge Kyst will build new infrastructure to make it easier to travel around the city and improve links between the town centre and the waterfront.

A new road tunnel opened in 2016 directing traffic north around the town centre, and 2018 saw the opening of a 20-metre-wide bridge over Køge station providing a new route for pedestrians and cyclists, while also forming a new urban space and meeting place. Over the next few years, Køge will gain even more new infrastructure including a broad, well-lit underpass for pedestrians and cyclists connecting Kulturtorvet and Havnepladsen.

The new housing and buildings for businesses, shops and culture in Køge Kyst are being built by private contractors based on the Køge Kyst development plan, a quality programme, and prospectuses for the individual phases of the development, all in close ongoing dialogue with Køge Kyst. In order to ensure that the urban development meets the required standards, Køge Kyst’s board of directors have to approve outline projects for all building. These projects must take into account all of Køge Kyst’s quality objectives.

Such close collaboration with building contractors, with focus on the quality of the development, is a cornerstone of work to realise the vision of the partnership.

Inspiration for other urban development projects

The Køge Kyst project has the potential to inspire other Danish cities and urban development projects – not least coastal towns with ambitions to strengthen links between town centre and waterfront as part of the transition from industrial town to modern, sustainable town with priority on quality of life, diversity and city life.

For instance, the physical plan for Køge Kyst and the manner in which it will be implemented in close dialogue with private building contractors on construction standards and urban development may serve as inspiration for any town looking to create a sustainable, diverse and attractive urban environment.

Køge Kyst’s extensive focus on culture and urban life, which was already gathering pace several years before the first new construction projects commenced, may give other cities a road map for how to go about promoting urban life and local ownership in the early stages of a new urban development project, and show how temporary urban spaces and activities can be used to try out ideas, and in some cases leav their mark on the final urban environment. 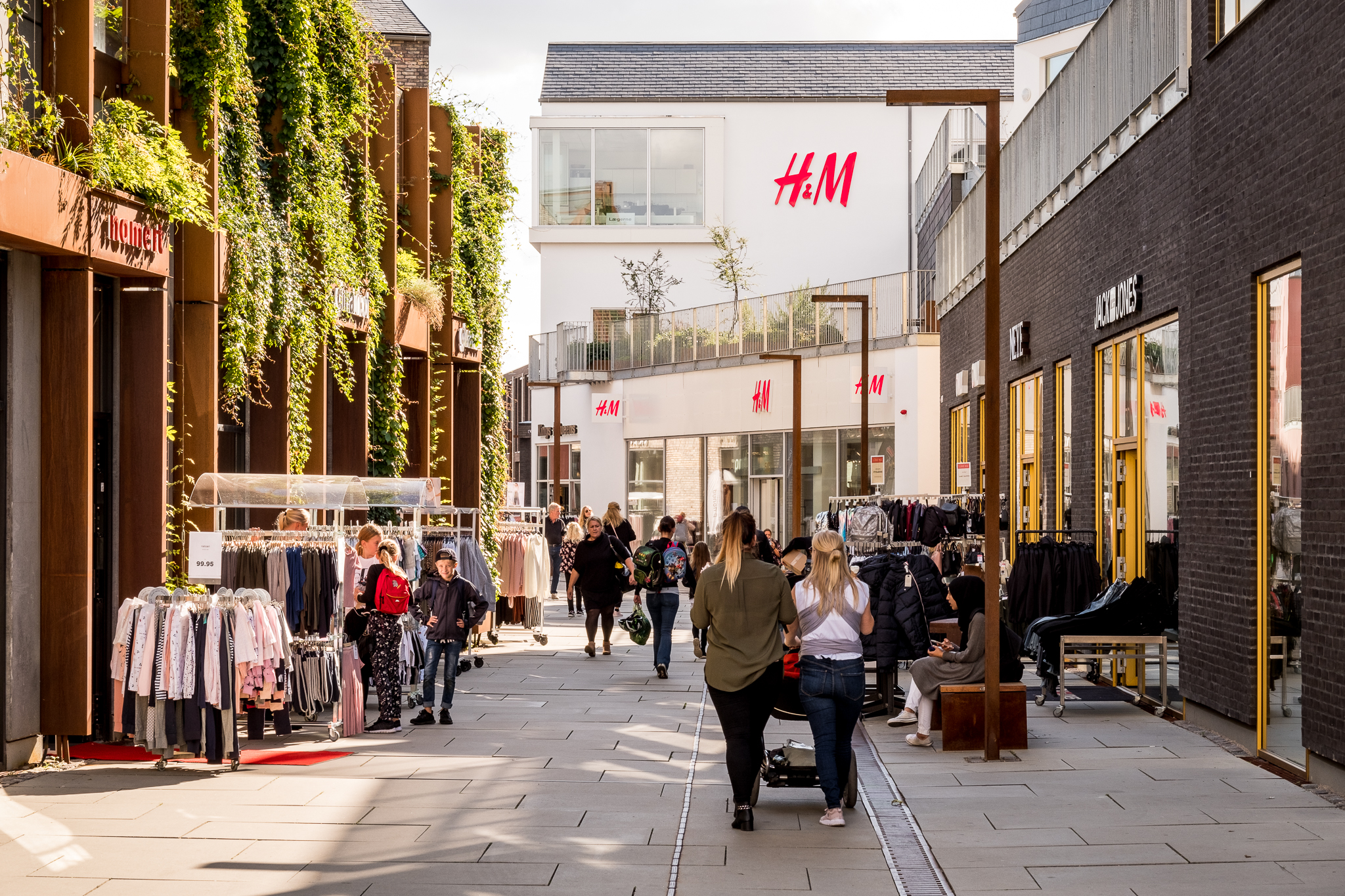