No. 2 Jarmers Plads is an outstanding example of a modernist Danish office block of its era. The property is today the headquarters of the entire Realdania organisation. 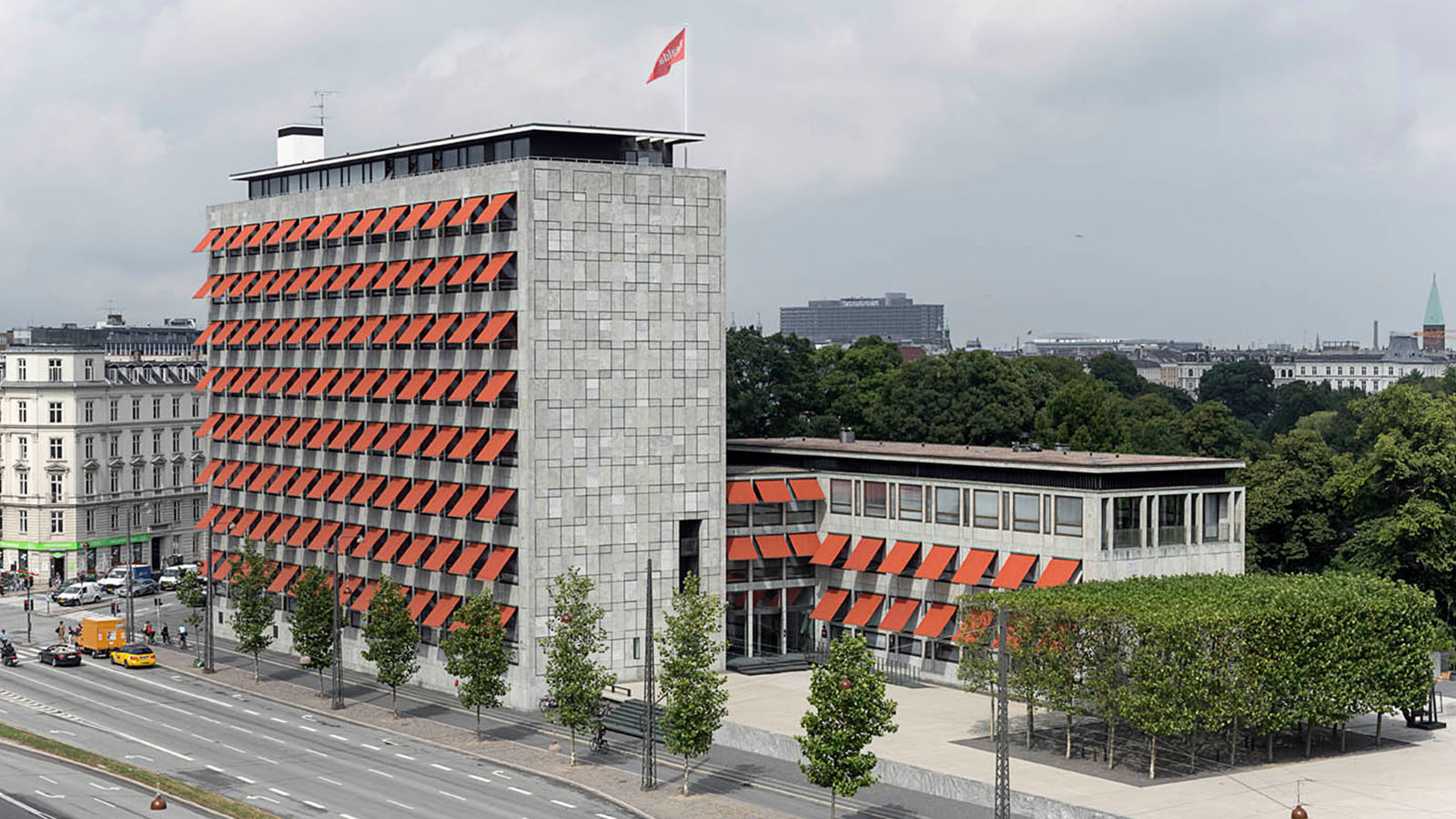 The towering, slender structure at No. 2 Jarmers Plads is more than just a building. It was one of the first modern office blocks to be built in Denmark, and is moreover an outstanding example of the type, with its sophisticated materials such as marble, bronze and brass. But that is not all. It also tells the story of the growth of Copenhagen as a city, the advent of mortgage credit and the founding of Realdania.

The property comprises a high-rise office block forming a wall facing the busy boulevard, and a lower building housing management offices, a staff canteen and representative offices looking out over the park H.C. Ørstedsparken.

The building was erected in 1956-59 by and for the mortgge-credit society Østifternes Kreditforening, whose previous premises on Jarmers Plads had to be demolished as part of the development of H.C. Andersens Boulevard. While the Jarmers Plads 2 address and its association with the neighbouring park indicate links to the past, the modernist building looks both to its own present and its belief in and vision of the future.

Jarmers Plads has forever been a windswept spot, and the traffic inferno which today plays out in front of the building is a fitting symbol of the address’s long and stormy history. It was here in 1259 that the Wendish prince Jaromar II breached Copenhagen’s defences and plundered the city, and it is from this episode that ‘Jarmers Plads’ acquired its name.

The property is made up of several connected structures covering a total of 13,000 m2, constructed from concrete and clad with marble slabs similar to those used by Arne Jacobsen in his designs for Danmarks Nationalbank and Aarhus City Hall.

The choice of materials is confined to natural rock, precious woods and metals, which lend the building a sophisticated and finely detailed appearance. The building’s subtle, simple style and atmosphere are echoed in its various elements, such as the windows and stairways which were designed specifically for the property, while the design also borrows from other major construction projects of the day e.g. in its use of Munkegaard ceiling lamps.

The building is currently leased to Realdania and the media company SBS Discovery. 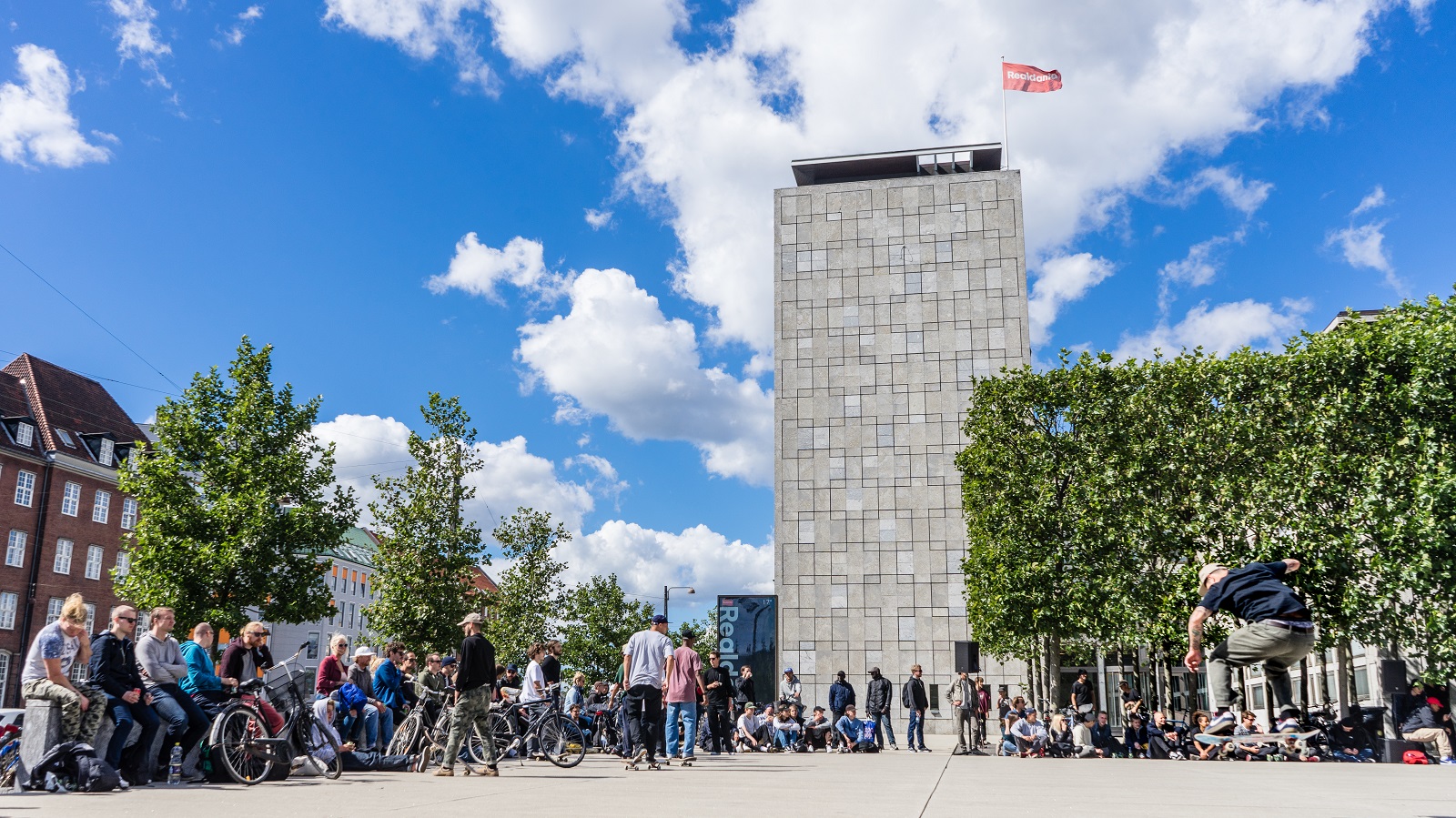