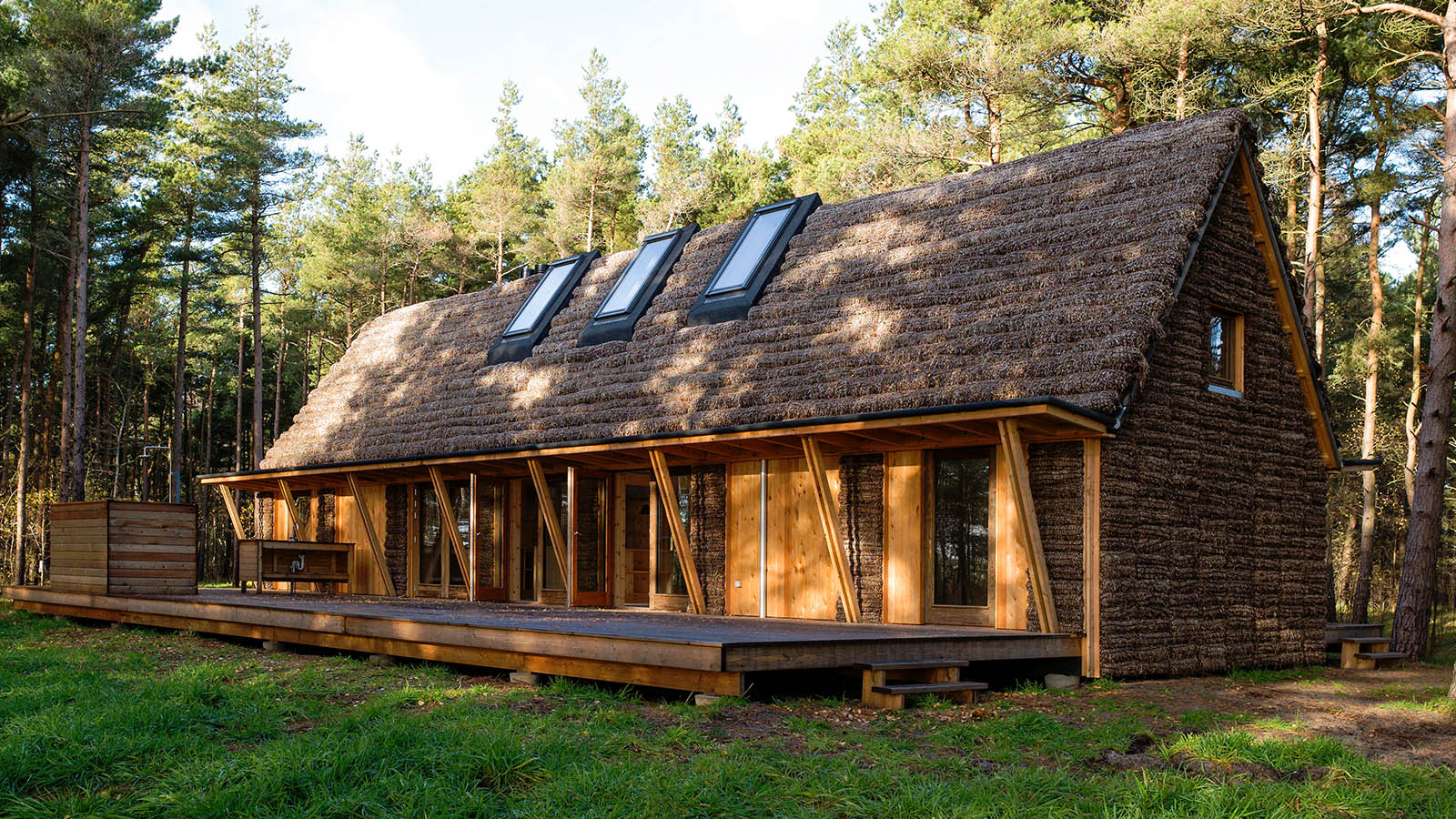 Seaweed houses have a central place in Læsø’s cultural history, and are a living testament to a culture and lifestyle that, since as far back as the thirteenth century, has left its stamp on building traditions on the island. The architects who designed the Modern Seaweed House have immersed themselves in this unique cultural and architectural heritage; learned from the past and adapted this knowledge to the demands of today.

In the Modern Seaweed House uses seaweed in three different ways: As insulation, as interior upholstered cladding and as visible cladding on the house’s exterior.

The Modern Seaweed House on the island of Læsø tells the story of a new way of using an unusual building material in an extraordinary place with an exceptional architectural history. The house was designed by the Danish architects Vandkunsten as a timber-framed holiday home with seaweed cladding and insulation.

Following completion of the project in 2013, the house was put up for sale. The visible seaweed on the roof and gable of the house were removed by the new owners in 2016 and replaced with a timber. This was because roof boarding was damaged by damp. The damage was not connected to the project's experiment with eelgrass. Nevertheless, in spite of its new roof, the Modern Seaweed House still incorporates seaweed in the insulation (although built in 2013, the house conforms to current building regulations for 2020). Furthermore, inside the house, acoustic panels made of linen-covered seaweed help ensure a healthy indoor climate by absorbing sound and regulating damp.

Next door to the Modern Seaweed House stands another, listed seaweed house: Kaline’s House was built in 1865, and Realdania By & Byg has restored the property to preserve one of the island’s few remaining seaweed-thatched houses. The house forms part of Realdania By & Byg’s portfolio of approx. 60 properties of historic interest which showcase Danish architectural culture over a period of 500 years and help to keep this culture alive.

Realdania By & Byg’s project to develop and conserve seaweed houses on the island of Læsø is just one of a range of existing projects aiming to ensure the survival of Læsø’s unique seaweed-thatched houses.

The project is a collaboration between Realdania By & Byg, local enthusiasts, other foundations, and the Danish Agency for Culture and Palaces, all of whom are playing their part in efforts to save this unique piece of Danish, and world, heritage. Since its construction, the Modern Seaweed House has received much international interest and acclaim. 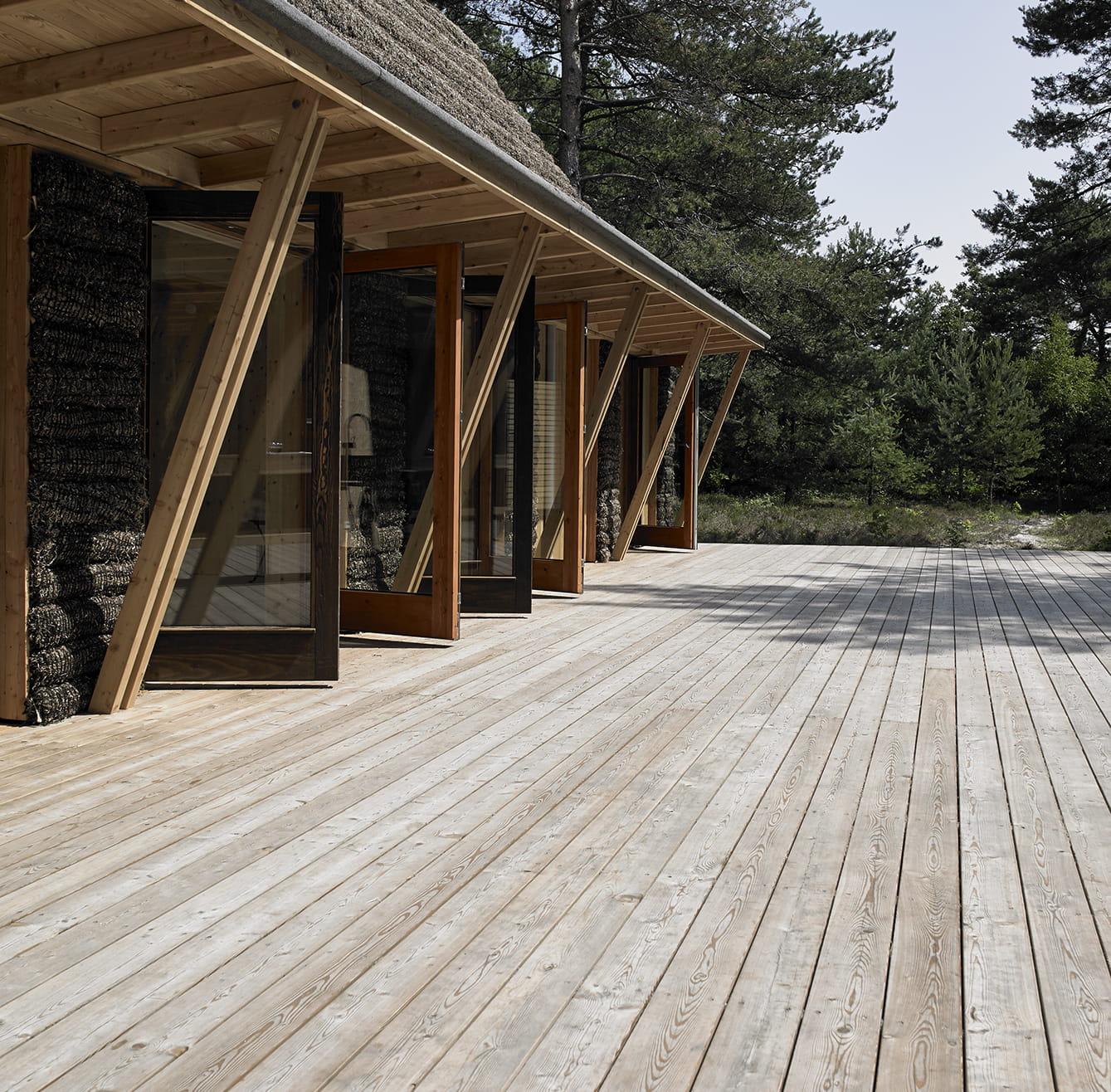