The 100-year-old balloon hangar on Islands Brygge in Copenhagen is one of the few remaining examples in Europe. Since 2017, the listed building, which bears witness to a very unusual era in Danish military history, has formed part of Realdania By & Byg’s portfolio of approx. 60 historic properties. 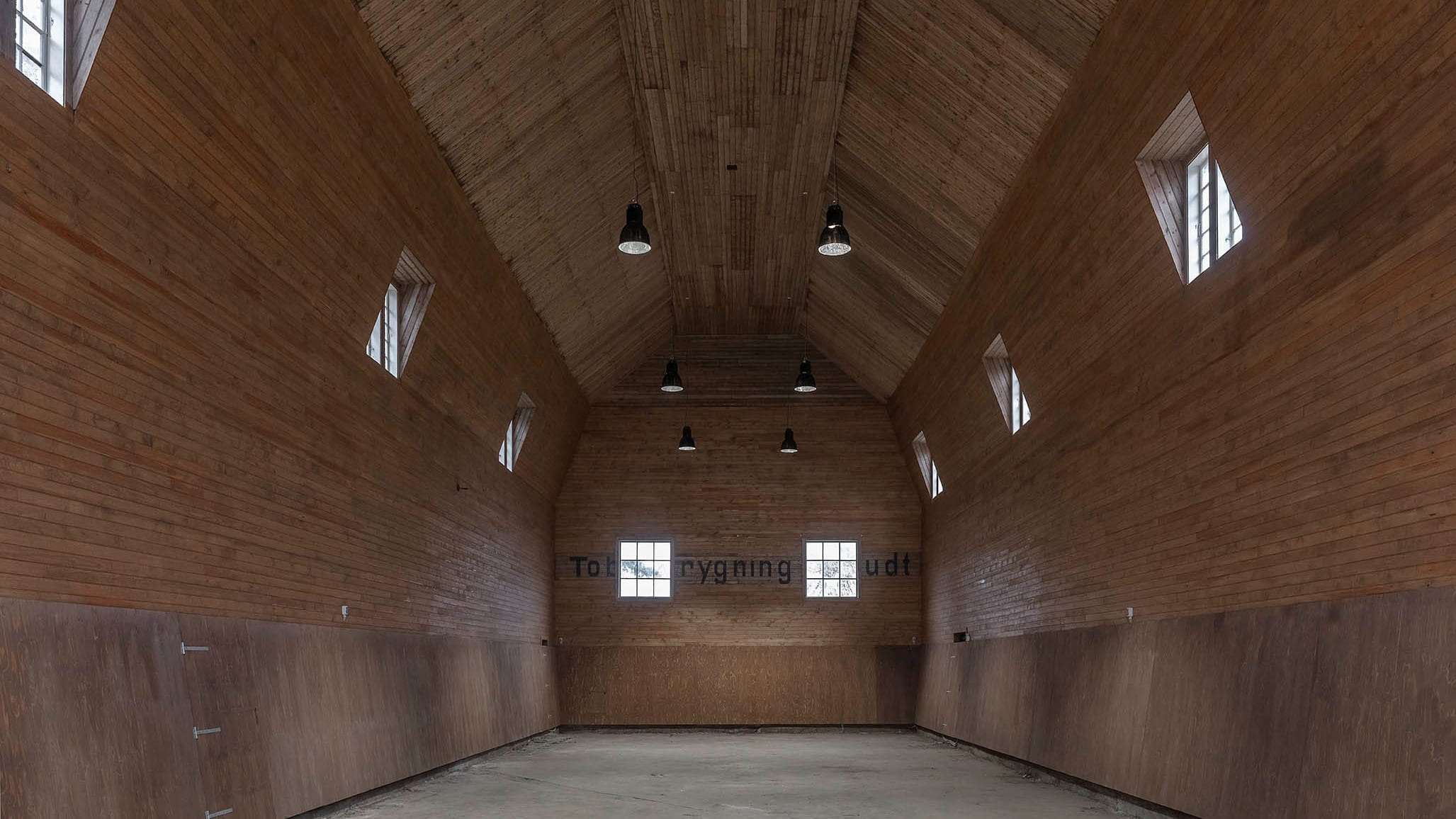 In 2017, Realdania By & Byg acquired the Balloon Hangar on Islands Brygge in Copenhagen, which was otherwise facing demolition, with a view to preserving it for posterity.

This highly unusual building is one of only a very few remaining examples of its type in Europe, and it was built in 1917. The practical and functional timber building was the brainchild not of an architect, but of a certain Captain Gottschalk of the Danish Army’s balloon fleet.

The purpose of the Balloon Hangar was to store the observations balloons used for the Danish Artillery Regiment’s sharpshooting exercises. From a basket beneath the hot-air balloon, soldiers were able to observe whether the artillery had hit their target.

The adjoining stables, which were built in 1918, housed the horses that pulled the magnificent balloons out of the hangar building.

Situated next door to the Balloon Hangar is the Balloon Park - a barracks built in the 1880s as quarters for the artillery and balloon crews. The Balloon Park is not part of Realdania By & Byg’s projects, but together with the Balloon Hangar it represents a piece of cultural heritage which has miraculously avoided demolition, despite the winding-up of military activities in the 1940s and relentless urban change in Copenhagen.

In restoring the Balloon Hangar, Realdania By & Byg will protect and preserve this unique historic building and the cultural heritage which, together with Balloon Park Barracks, it represents.

The functions of the Balloon Hangar over time

The building was taken out of use as a balloon hangar when balloons were superseded by newer military technology, and over the years the building has taken on a range of functions. During the Second World War, in common with other military installations in Denmark, it was commandeered by the occupying German forces, and for a couple of years following the war it was used to house German refugees, before the Danish military vacated the area once and for all in 1947. In 1961, the Balloon Hangar was converted into an indoor riding arena for the Danish Police, and today it is used by the riding school Ridevenner.

The Balloon Hangar was listed in 2014.

Current function as a riding school

Realdania By & Byg’s project includes the restoration of the Balloon Hangar as well as the construction of new facilities for the riding club Ridevenner, which has made use of the building for a number of years. The riding club has faced closure because the Balloon Hangar had fallen into a state of disrepair. However, by virtue of a lease agreement between Realdania By & Byg and the City of Copenhagen, the riding club can now continue to operate out of the building for many years to come.

What is so special about the Balloon Hangar?

The building is one of a very small number of balloon hangars still standing in Europe.

Together with the Balloon Park, the Balloon Hangar comprises a piece of cultural heritage which, miraculously, has been spared demolition despite the wind-down of Danish military activities in the late 1940s and not least the constant urban development in Copenhagen.

The building is a living reminder of a unique period in military history, when hot-air balloons were operated by the Danish armed forces.

Realdania By & Byg’s project, which encompasses the renovation of the Balloon Hangar and the provision of new riding school facilities, will mean that the City of Copenhagen can continue to run the riding club Ridevenner at the property. 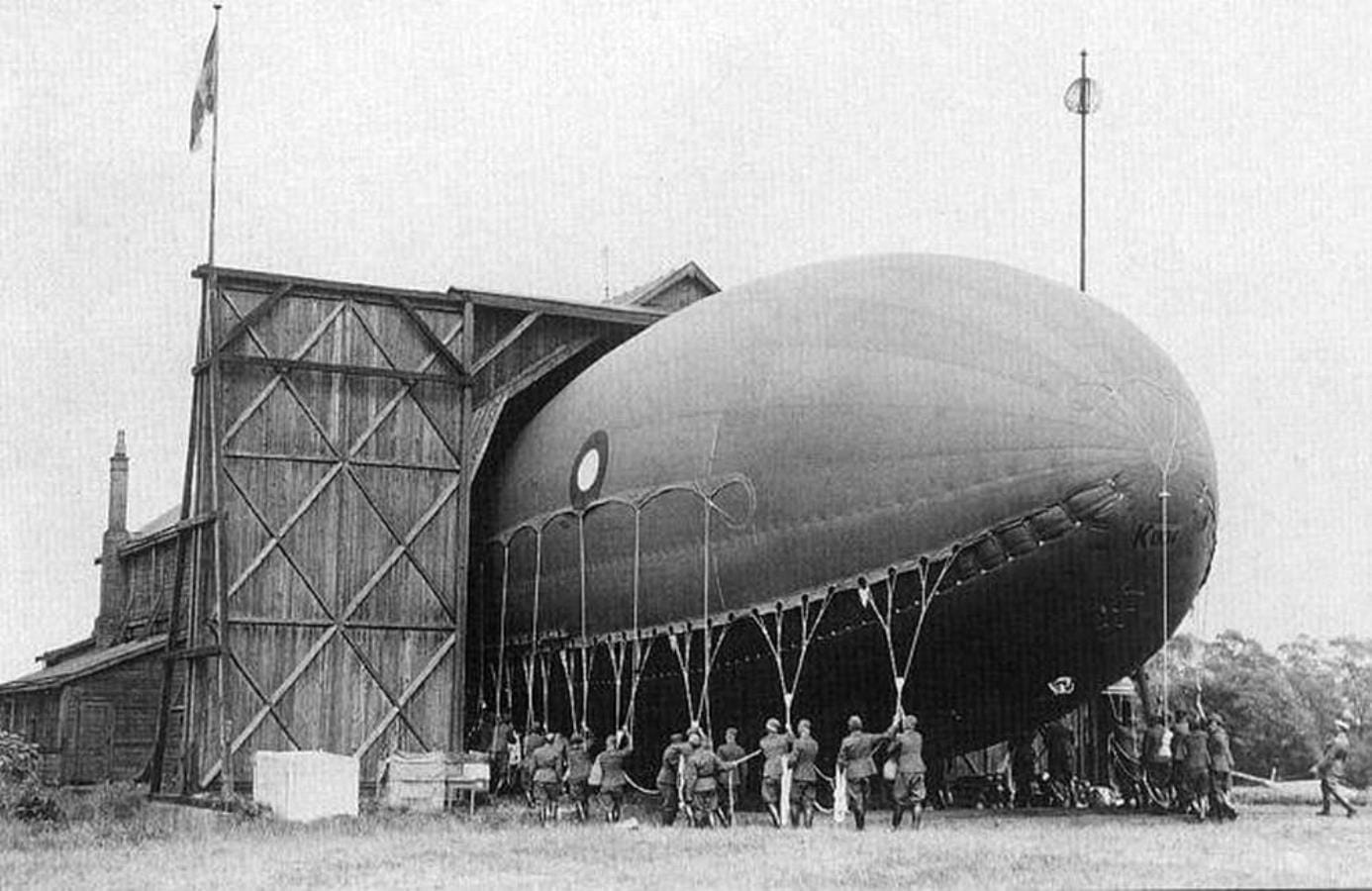