The Maternal House of Oluf Bager

The house at Nørregade 29 in Odense was built in 1586 by the businessman Oluf Bager. Over more than 400 years, the building has undergone major changes and it has served a wide range of functions. The numerous historic layers and relics which make up the building are equally well-preserved, while the necessary alterations made to the property have been carried out with a deep respect for the unique qualities of this grand old house. There is still plenty of life in The Maternal House of Oluf Bager. 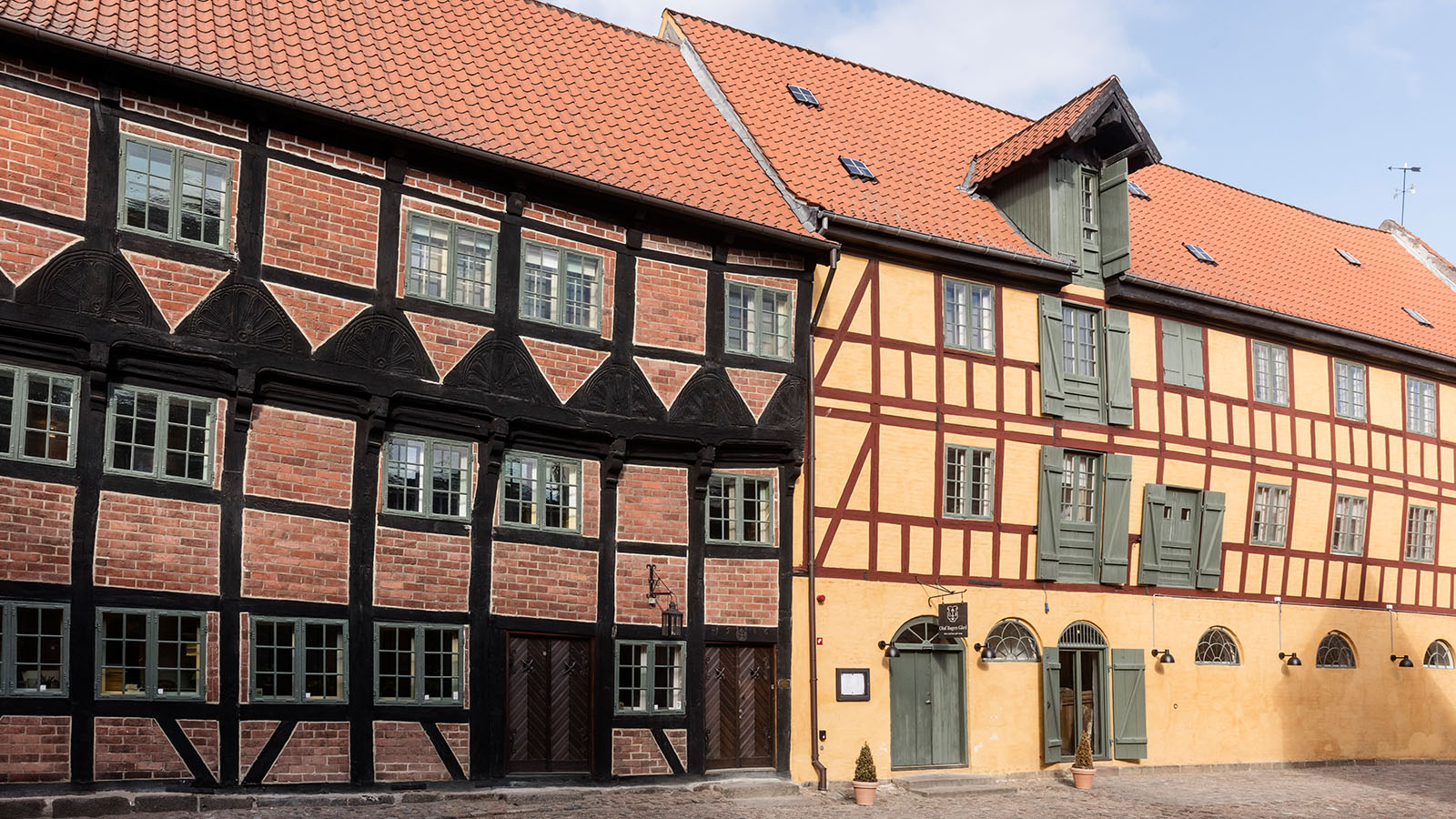 Oluf Bager was an enterprising businessman and self-made man in sixteenth century Odense, and he was one of the city’s richest inhabitants, who on several occasions lent money to the Danish king. Oluf Bager earned his fortune as a merchant, and he built and owned a number of houses in the market town of Odense in the heart of Denmark.

The Maternal House of Oluf Bager is one of the few remaining examples of a stately Renaissance town house, and it is a classic example of its type. It is also a reminder of an era in the history of Odense when enterprising merchants such as Oluf Bager helped to secure the city its prominent position among Danish provincial towns.

“On this spot in the city of Odense, Oluf Bager had his mother’s family’s ancestral home rebuilt. By God’s grace we built a home and live here, that we in the company of God may receive eternal peace, in his honour and us to benefit in the name of the Father, the Son and the Holy Ghost, 1586"

These are the words inscribed on the plaque mounted over the door to Nørregade 29. The same plaque has been there for 425 years, ever since the industrious Odense merchant had the house built on the ruins of a farm belonging to his mother’s family - whence the name Mødrene Gård (“Mother’s family’s farm”). Traces of the earlier building can be seen in the house’s barrel-vaulted cellar.

The rear building - the yellow warehouse - was built at the end of the eighteenth century, and it is an example of many extensions since 1586. The property has seen many changes of function, serving as a stately home, official residence and merchant's house, but remains today in many respects the same house that was built all those years ago. The interior of the house features a wealth of beautiful details, for which reason it is a listed building.

The property covers a total area of approx. 1500 m2, and is only partly open to the public.

Acquisition of the property and current use

Realdania Byg A/S purchased the Renaissance property in 2003, and in May 2005 completed extensive restoration and refurbishment of the building. In so doing, an attempt has been made to preserve the defining essence of the building to the greatest possible extent

Today, The Maternal House of Oluf Bager serves as Realdania By & Byg A/S’s headquarters in Odense, and part of the property is leased for a range of commercial purposes. The old stable in the warehouse building is now home to the Oluf Bagers Gård restaurant. 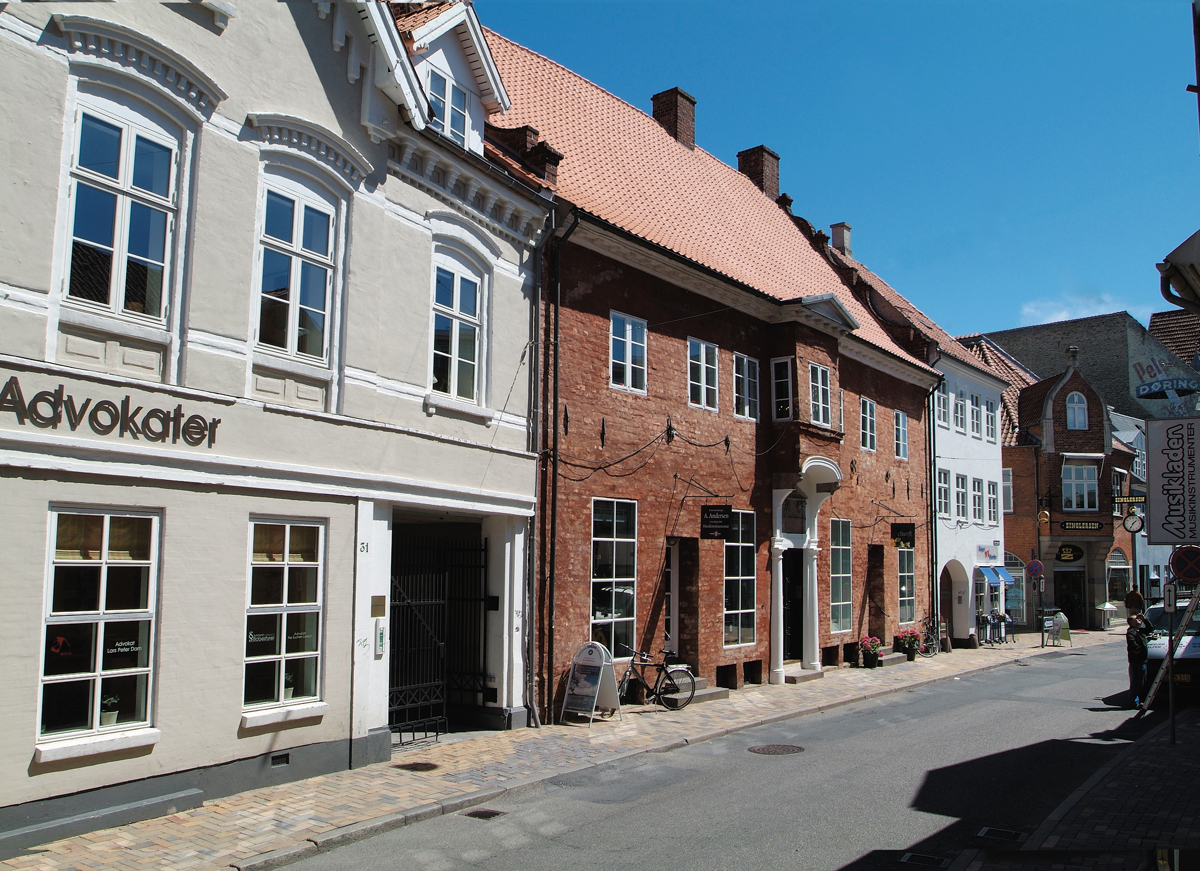 The front seen from the street Nørregade / Credit: Realdania By & Byg