The State-Funded Smallholding in Skovbølling

The State-Funded Smallholding in Skovbølling is an exceptionally well-preserved example of a smallholding built in the Better Building Practices style in the 1930s with the aid of a government loan. The house represents a piece of Danish cultural heritage which tells the story of the lives of ordinary people in a rural area, state visions and individual dreams of a better life. 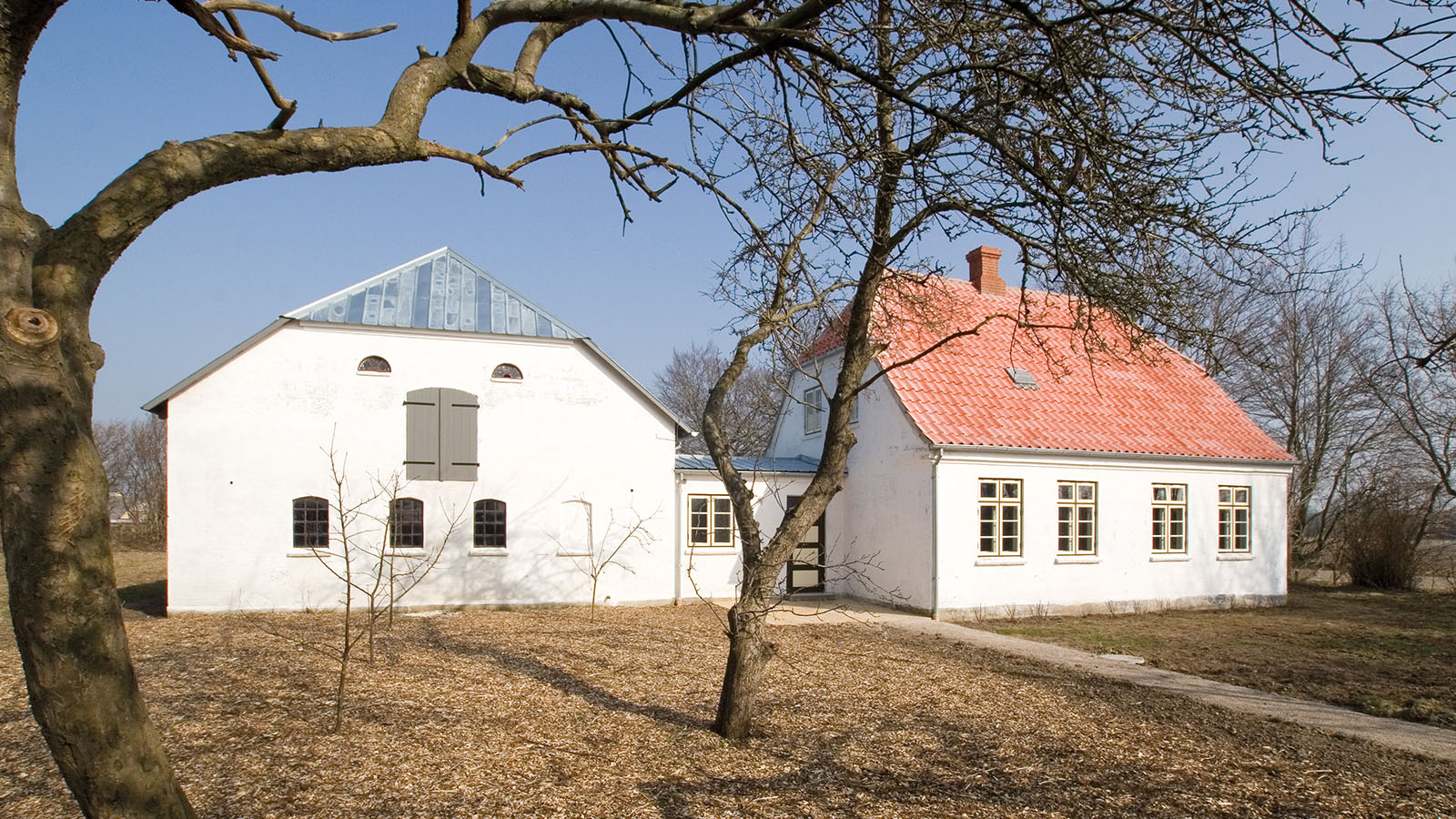 Eight kilometres north of the town of Haderslev at Skovbøllingvej 35 stands a well-preserved smallholding where time stands still. Only a few alterations have been made to the house over the years, and as a result the property remains as it was when it was built, without modernisation. The property was built as a state-funded smallholding in 1934, and right up until the Realdania By & Byg acquired the property in 2010 it was the home of its owner, Christian Mink.

The owner had only carried out a very small number of alterations to the building, and as a result the property as a whole has remained largely unchanged and unmodernised since the day it was built.

The property was built in an era when it became possible for rural people to take out a loan from the state to construct a smallholding; but also in the period following the re-unification of North Schleswig with Denmark in 1920, which had a major influence on construction in Southern Jutland at a time when the Better Building Practices style won ground in the drive to introduce native Danish building practices as an expression of the area’s secession from Germany.

The buildings preserve many relics from the past such as stoves, pantries, windows and doors in the original colour schemes - original details which typically vanish over time as new owners and new fashions sweep away the old, but which have been preserved fully intact in the small house.

The listed smallholding in Skovbølling is a typical example of the type of smallholding built with state aid in the interwar period. The idea was to allow the state to provide both financial support and architectural expertise to rural people. State aid allowed people of modest means to make a better life for themselves, own their own home and provide for themselves, living off their own plot of land.

The State-Funded Smallholding on Skovbøllingvej is probably one of the last remaining unmodified buildings in Denmark which also retains its original plot. As such the property is a model example of its type from the heyday of the state-funded smallholding.

The property was listed in 2004 on the basis of its characteristic design and use of materials in the farmhouse, intermediate building and breeding barn, and the layout of the rooms in the farmhouse, which is typical of this type of property.

The layout of the farm, with a breeding barn, including stables, at one end and a barn at the other, as well as the way the barn allows access to the loft over the stables, are also features making the building worthy of preservation.

What is a state-funded smallholding?

State-funded smallholdings were small farms on plots of land between 5.5 and 11 acres in size, established with the help of various forms of state aid in the first half of the twentieth century.

State-funded smallholdings were intended to allow families to provide for themselves, although due to the modest size of the properties, smallholders were often forced to find a secondary source of income in order to survive.

In 1919, changes to legislation meant that smallholdings had to be of a size that a family could live off. State-funded smallholders did not, in fact, own their farms: rather they had the status of tenants or sharecroppers and were limited in what they could do with the properties. They also had to pay an annual rent to the state. 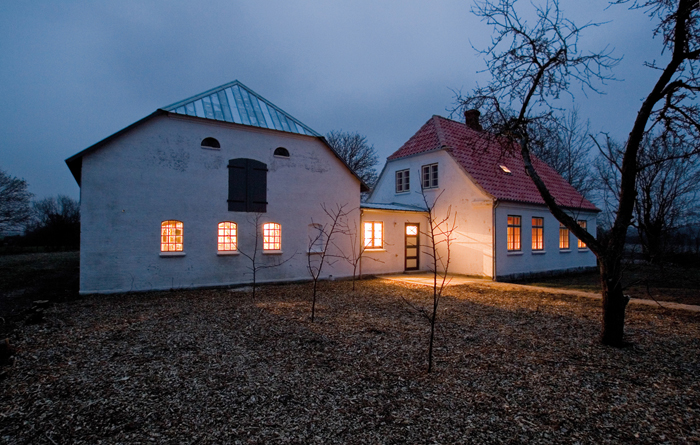 The State-Funded Smallholding in Skovbølling in the twilight / Credit: Jan Knudsen